How to Stop Melanosis (Black Spots) on Raw Shrimp 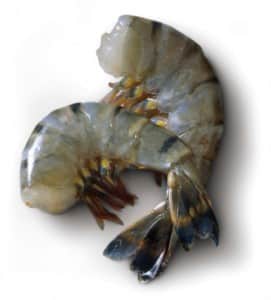 Introduction:
In an article entitled Studies on Black Spotted Shrimp (1951), E. A. Fieger defines the formation of black spot on shrimp as melanosis.[1] This harmless but objectionable discoloration occurs primarily along the swimmerets, head, tail, and nearby shell areas.[2] Melanosis is an enzymatic browning process induced by polyphenoloxidase (PPO) which induces the oxidation of phenolic substrates to quinones. It is a natural mechanism caused by enzyme reactions that start as soon as crustaceans are taken from water, coming into contact with the oxygen of the atmosphere. After harvest and death, PPO systems are still active and can promote the development of black pigments. PPO catalyzes two basic reactions: hydroxylation to the o-position adjacent to an existing hydroxyl group of the phenolic substrate (monophenol oxidase activity), and oxidation of diphenol to o-benzoquinones (diphenol oxidase activity). Monophenol oxidase catalyzes the hydroxylation of monophenols to o-diphenols. This enzyme is referred to as tyrosinase in shrimp.[3]
Discussion:
Preventing the breakdown of tyrosine by the enzyme tyrosinase is vital to the seafood industry due in large part to unfavorable consumer response to melanotic shrimp. The use of sulfiting agents such as sodium bisulfite and sodium metabisulfite or formulations with sulfiting agents has been the traditional treatment method for retarding this breakdown in fresh, frozen, or thawed crustaceans since the early 1950’s.[4] E. A. Fieger’s 1951 article provides historical reasoning, “In the past decade shrimp production has increased considerably through the use of larger boats which were able to extend the off-shore fishing areas. This fact has resulted in longer storage on the trawlers and a longer period of time between catching the shrimp and their ultimate consumption.” Thus, sulfiting agents, particularly sodium bisulfite, were introduced in an effort to yield a more valuable harvest. This practice continues today, and companies such as WorldwideJanitor.com have made sodium bisulfite widely available to shrimpers.

However, nonsulfite solutions containing 4-hexylresorcinol have gained recent popularity. The quest for nonsulfite solutions began in response to potential food safety hazards such as allergic reactions amongst hyper-sensitive asthmatics. It is also an attempt to eliminate the tendency of shrimpers to over-dilute sulfite mixtures (more than the USFDA recommended 1.25%), thus creating unsafe working and storage conditions. This quest has produced favorable alternatives such as the commercial product, EverFresh, which contains 4-hexylresorcinol. Nevertheless, studies have shown varying levels of effectiveness depending upon species of shrimp, and 4-hexylresorcinol solutions have proven to be quite ineffective as a treatment for deepwater pink shrimp (Parapenaeus longirostirs).[5]

In an April 1986 study, Dr. W. Steven Otwell and Dr. Marty Marshall concluded that a 1.25% sodium bisulfite dip (1 minute) was superior in preventing melanosis. Their research records varying treatments using single compounds or mixtures including: Calcium Chloride, Ascorbic Acid, Citric Acid, Phosphoric Acid, Sodium Hexametaphosphate, and Hydrogen Peroxide.[6] The study further supports diverse levels of melanin in crustaceans, observing inconsistent levels of melanosis in untreated white shrimp (Panaeus setiferus) that made it too unpredictable to include as a sample. This calls into question any study that does not show results in deepwater pink shrimp as it is difficult to determine whether cause of results was due to species or treatment. Otwell and Marshall, therefore, focused their research on the more consistent pink shrimp (Panaeus duorarum) species, and found no treatment to be as effective as sodium bisulfite.

Nonsulfite solutions continue to attract attention, and there is growing optimism that an effective solution will be discovered. Until such time, Sodium Bisulfite remains the less-expensive and only proven inhibitor of melanosis in pink shrimp. It is recognized by the United States Food and Drugs Administration as being a generally safe additive, provided the resulting residual sulphur dioxide concentration on the edible portion of shrimp does not exceed 100 ppm.[7] This concentration warning is important to note, and was also observed by the Otwell and Marshall study which acknowledges a more effective though dangerous mixture of 2.50% Sodium Bisulfite. This mixture exceeds safe limits for both shrimper and consumer. Therefore, recommended and regulated solutions for sodium bisulfite remain at 1.25% or lower. 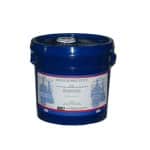 Sodium Bisulfite is available in FDA grade, bulk sizes from Wordwide Janitor and can be ordered for delivery in 25 lbs. pails or by the pallet of 48 pails.

[7] Luckman, S., Foneska, T.S.G., and Edirisinghe, U. “Melanosis Inhibition in Shrimp Treated with Metabisulphite and ‘Ever Fresh’ Held Under Different Storage Conditions.” Summary Report of and Papers Presented at the Tenth Session of the Working Party on Fish Technology and Marketing. Colombo, Sri Lanka. June 1996 <http://bit.ly/18OJbLr>

This entry was posted in Marine Applications and tagged marine, sodium bisulfite. Bookmark the permalink.