Is It Safe To Use Alkali Chemicals? 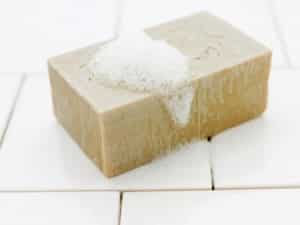 History of Alkali:
Legend has it there was a sacrificial altar on Mount Sapo that was surrounded, as is typical in such environments, by ashes and animal remains. When storms came the rain would send this mixture of animal fat and ash down the slopes of Mount Sapo into the banks of the Tiber River below where women were washing their clothes. These women realized their clothes were cleaner after a storm, spawning the use of soap as a cleaner.[1]

Soap is an alkali and, legend aside, it was most probably first discovered much earlier in the history of the world. Even the first hunters would have noticed a crude mixture of alkali as rain mixed with ash in their fire pits to create potassium hydroxide (potash). Then, as animal fat dripped from a fresh kill, they would have discovered soap.[2] Indeed, an excavation of ancient Babylon shows evidence that soap was actively produced as early as 2800 B.C. The Ebers papyrus, an Egyptian medical text dating to 1550 B.C.,[3] further supports the early discovery and use of soap-like solutions.[4] Soap, while serving a crucial role in the medical industry, is also an important element within the cleaning industry; particularly food service which uses alkaline cleaning products that combine with animal fats[5] to create soap.[6]

Today, thanks in part to the marketing power of the Energizer Bunny,[7] the term “alkaline” is perhaps most often associated with batteries rather than soap. The pink bunny can thank Thomas Edison who invented the alkaline battery in an effort to find a lighter, more reliable, and more powerful alternative to the heavy lead-acid batteries which were popular in electric cars prior to Henry Ford’s 1909 introduction of the gasoline engine; as designed for the Model T.[8] (The alkaline battery eventually became one of Edison’s most profitable inventions.) Nevertheless, alkali remains a chemical compound – one that is used to neutralize acid.

In simple terms, alkali builds while acid etches. Those green mineral deposits typically found in and around water faucets are alkaline deposits. Soap is a build up of potassium hydroxide or sodium hydroxide (lye). Alkalis are crumbly when dry (think baking soda) and slippery (think hand soap) when water is added.

It should be noted that, given a high enough concentration, both Alkaline and Acidic chemicals are considered corrosive.

Alkali in the Cleaning Industry:

When floor stripper is applied to a waxed floor, it generates an extremely slippery surface. If it is allowed to dry, the stripper will form a white residue. These two aspects of floor stripper identify these chemicals as alkaline chemicals – no pH test needed. Conversely, if soda is spilled on the floor it creates a sticky residue that cannot be brushed or vacuumed away. Soda is therefore an acid, and alkali cleaners are the best way to remove acidic soil or stains.

Speaking of vacuuming, carpet cleaning technology relies heavily on alkaline chemicals. Soil is trapped or encapsulated, making it easy to vacuum. That dry residue is an alkali.

It is important to read all Safety Data Sheets prior to utilizing any chemical, whether alkali or acid. That statement is too often ignored, and it should not be read with passing interest. Nevertheless, variations in product composition and intended use make reading the data sheets a necessary practice.

Cleaning acid soil types and stains with alkali is a science. It is worth the time it will take to understand the selected product. Too much alkali will leave a residue that can only be removed with an acid cleaner. Not enough alkali and the acidic soil or stain will remain.

[6] BBC GCSE Bitesize. Manufacture and Use of Chemicals: Alkalis. 2014. <http://www.bbc.co.uk/schools/gcsebitesize/science/21c/chemicals_in_our_lives/manufacture_chemicalsrev1.shtml>

This entry was posted in Acid Products, General Cleaning, Safety and tagged alkaline. Bookmark the permalink.